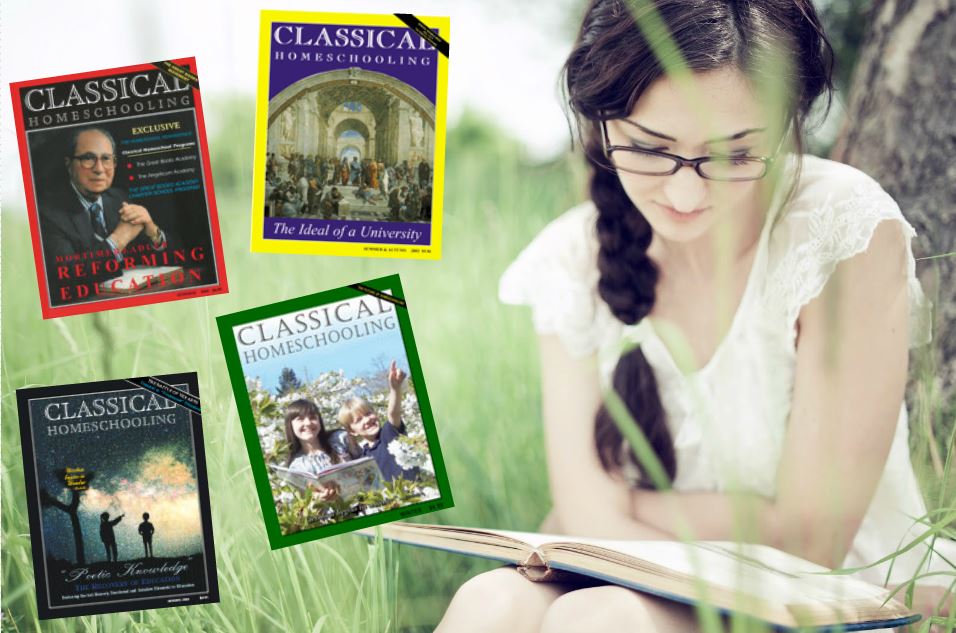 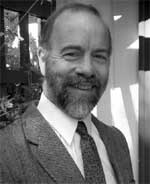 ISSUES #3 & #4. The 3rd issue of Classical Homeschooling Magazine online explores the limits of formal education. Modern formal education is usually divided into three levels: the primary/grammar/elementary level; the secondary/high school level; and the tertiary/college level (usually culminating at a university).

The “middle school” (generally 6th through 8th grades) and “junior high” (7th-9th grades) are of relatively recent vintage. Such intermediate schools mark a further step away from a proper appreciation of the distinction between elementary and secondary education, between the liberal arts and liberal education. The notion that the grammar, dialectical and rhetorical “stages” from the oft-quoted article by Dorothy Sayers (see issue #2 of CHM) is the rationale for creation of such schools is simply inaccurate. Instead, the dialectic and rhetoric have been almost entirely expunged from school curricula.

The elementary level, traditionally, was entirely preparatory and preintellectual, predispositive toward liberal education. Secondary education was partly completing the acquisition of the liberal arts, and partly preparatory – the acquisition of discipline in using the liberal arts, to train minds in all the skills of reading, writing, speaking, listening and, perforce, the skills of thinking and working with important ideas, presented so richly in the great classics, either for later use at college level specialization (mastery of specific subject areas), or for preparation for their own self-directed education. In the modern scheme, the whole of education from kindergarten through 12th grade is little more than merely a tediously graduated progression of learning the grammars of the elementary liberal arts – reading, writing, math. Stretched out over 13 years, learning the elementary liberal arts eventually becomes boring and a terrible waste of time and talent. For example, imagine spending an entire semester (at any age) learning to name just 8 colors, the alphabet and shapes (circles, squares, etc.). That is precisely what some public schools set as their goal for an entire semester of either kindergarten or 1st grade.

If students are not challenged they quickly grow bored with such “education.” Their natural love of learning new things dries up and, too often, dies. That is also one of the reasons schools simply do not work well – no pace can both challenge the brighter students and not overwhelm the rest. Or, put the other way, no teaching pace can both accommodate and suit the average or slower students, and challenge the brighter students in the class – and all classes will be composed of such a mixture of abilities, no matter how “culled” or organized.

Our first two issues explored matters pertaining principally to the ideal elementary program (mainly in issue #2) and the ideal secondary program (mainly in issue #1), culminating in the Great Books program for high school. We looked at not only educating the mind, but – in the 2nd issue – also developing the sensory, emotional and intuitive facets of the human personality, so necessary for further development. Part of any education worthy of the name results in (or at least aims at) encouraging a balanced personality, not a “bookworm,” nor a one-dimensional computer “nerd, ” neither a foppish aesthete nor a brutish athlete. Rather, the goal is a well-balanced, young person, at home with books and the intellectual life as well as with nature, music, art and sports, comfortable with his or her emotions and intuitions, and firmly rooted in the senses while aspiring to the stars and the transcendent.

We believe that homeschooling is ideally suited to the elementary and secondary levels of education. Parental qualifications are minimal: the ability to read, write and calculate – with these you can lead, and, if need be, learn along with, your children. By the secondary level we believe the Great Books program – reading the greatest works produced by the great sages of mankind – is the proper material upon which to apply and practice the learning arts (aka liberal/freeing arts), while becoming acquainted with the thought, ideas, methods, manners and stories (his-story) of the great sages of mankind. In this we follow the practice of the past, prior to the 20th century, and the opinion of one whom we regard as the greatest educational philosopher of the last century, perhaps of all time – the late Dr. Mortimer J. Adler – who called the study of the Great Books the “backbone” of a liberal education.

The Great Books program for secondary education does not make high schoolers into experts, hopefully it guides them to be “amateurs,” lovers (as the word amateur translates) of the great, transcendent ideas of beauty, truth and goodness. Great Books students quickly meet Socrates and his sincere, humble, search for virtue and truth, and are captivated by his winsome personality and charming methods of teaching and learning as recorded by his student, Plato. Plato, in turn, taught Aristotle (who taught Alexander the Great), and so the students are gently led to follow his search for more and deeper truths, and so on through author after author, chronologically down the ages. In this program students become acquainted with the great authors and follow their discoveries in the same order of human inquiry. Later, in college/tertiary education, or on their own, students may then become intimate friends – experts – in the thought of one or two of the great authors, in their field of interest and specialization. Having met those sages before, and become acquainted with them in a Great Books program, the student got an early leg up in determining the ideas and fields of activity they love. They may then view their fields from a heightened perspective, standing on the shoulders of their great predecessors, rather than from a position of complete unfamiliarity and ignorance, or worse – choosing a field by default, with little interest or enthusiasm.

Of course, what has happened since WWII, when the well-deserved GI Education Bill flooded the colleges with war veterans, is that what formerly was learned by or in high school before college had to be taught in college (such as remedial English, algebra, beginning English literature, etc.). Colleges inevitably had to lower their standards to accommodate returning, mature veterans applying for a college education. In turn, the elementary and high schools in a few years began accepting floods of students (not a bad problem in itself) from the post-war baby-boom. They too gradually lowered their standards as there were not enough well-educated teachers to handle the tide, nor well-prepared students advancing into the higher grades. The whole overwhelmed system began a gradual decline. This decline was exacerbated by several “progressive” educational theories, easily foisted on inexperienced, new teachers.

This largely accounts for the current phenomenon of high school students increasingly unable even to read, and college students little more than functionally literate. The whole system is degraded and rather than reforming itself back to its roots, it has gradually transformed – under pressure for measurable, rapid economic results – into vocational centers, training students for business degrees, “hotel management, ”“tennis,” and the like, before they are well-balanced, before they have seen the whole panoply of reality, at least in some measure and through someone’s lens other than their own uneducated ones. They are then informed when they are handed their diplomas that they are “educated, ” ready for leadership and dealing with the myriad areas of life and learning about which they have been taught little to nothing. This is a great disservice to these students (not to mention to their parents paying the bills for it), and a deception unworthy of any educational institution. Serious Great Books programs and their antecedent, preparatory, elementary programs can reverse this decline – for your children.

Getting to know the Great Books, and their authors and ideas, is best done by reading them (rather than fifth-rate textbooks about them), supplemented by lively discussions with others who are reading the same books at the same time. They may also be read and pondered entirely independently, and sometimes this may be necessary, so we have prepared Great Books Study Guides for this purpose as well as to enhance the reading experience of other readers – but anyone who has participated in a live-discussion group (online or in person) cannot but profit from the interchange, the refining of ideas and logic, the mutual inquiry and communal excitement that often happens in a flash of genuine enlightenment in such groups. Dr. Adler strongly recommended participation in great books discussion groups and we agree and follow him in that, though they are optional. These are usually conducted weekly (to accompany the weekly book selection) for two hours. Anything less is too short to delve very deeply; anything more wearies the mind and a lively discussion must begin eventually to lag. For grades 3rd-8th they range from ½ to 1 hour every other week.

Issues #3 and #4 of Classical Homeschooling prescind from the prior issues, from considering the primary and secondary levels of education, and begin to discuss what tertiary education ought to look like. Some of the finest educators and educational philosophers of our day have contributed to these issues, as have founders of colleges – a daunting, heroic labor. Issue #3 addresses topics generic to any college or university and can be considered to supplement, follow and complete Great Books programs.

Issue #4 consists of contributions derived from a conference on the “Ideal of a University” hosted by the Angelicum Academy in Seattle in 2002, and hence contains some material specific to a Catholic institution of higher learning. Both issues contain gems of insight wrought from decades of experience and reflection at the secondary, college and university levels of formal education.

We hope you enjoy and profit from issues #3 and #4 of Classical Homeschooling magazine. Unless our plans change, these will be the final installments and completion to this four-issue online project in order to enable us to devote more time to implementing the entire program described.