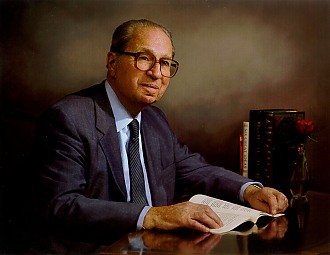 In 1983, Dr. Adler, who had been a lifelong student of Plato, Aristotle and St. Thomas Aquinas (and a member of the American Catholic Philosophical Assiociation), formally converted to Christianity, specifically to the denomination of his wife, who was Episcopalian. Sixteen years later, in December, 1999 in San Mateo, California where he lived and shortly thereafter passed away (d. June 28th, 2001), he was formally received into the Catholic Church by His Excellency, Bishop Pierre DuMaine, of San Jose, CA, who was a long-time friend and admirer of Dr. Adler.