“Thank you heartily for the excellent education that you and your teaching staff have given to Joseph during this past year. He grew so much: academically, socially and spiritually. I am so proud of him. I am also so impressed by the knowledge, wisdom, integrity and holiness of you professors. You have all been such mentors to Joseph. I know the value of this education. As you know, it is very similar to the St. Ignatius Institute education that I received from Fr. Fessio. I thanked God every day that I was there. God bless you, your family and the college.” Sincerely in Christ, Christine P. (Joseph’s mom).

Fr. Joseph Fessio, Founder of Ignatius Press – Publisher of the Holy Father’s two JESUS OF NAZARETH books, will be offering online theology courses with lectures on each book chapter, study questions, and video clips with the answer to each of the study questions, and exams.

Below is the first video lecture in the theology series.

This 3-credit hour introductory course in theology consists in a careful reading of three texts. C.S. Lewis’ Miracles provides a philosophical propaedeutic to the theological understanding of Divine Revelation. It addresses the preliminary questions of whether Revelation is possible and what the criteria are for evaluating the Christian claim that God has revealed himself in Jesus Christ. The Second Vatican Council’s Dogmatic Constitution on Divine Revelation (Dei Verbum) presents an authoritative expression of the Church’s self-understanding of Revelation and its relation to Scripture, Magisterium and Theological Tradition as that tradition was taught by great witnesses and scholars. G.K. Chesterton’s masterpiece The Everlasting Man offers a broad historical-theological overview of man’s place in nature and Christ’s place in history. ENROLL HERE. 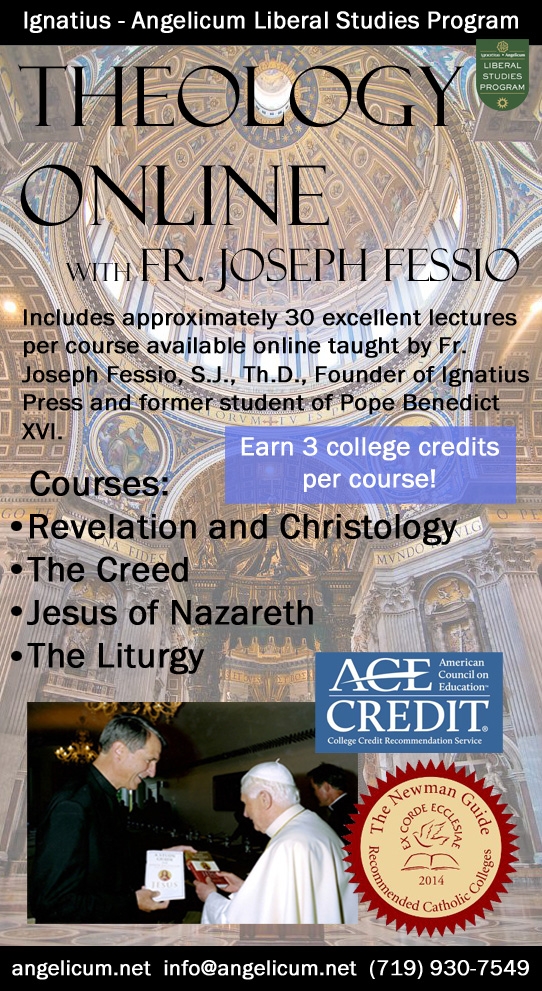 This 3-credit hour course in theology will take as guide the foundational work of Joseph Cardinal Ratzinger, Introduction to Christianity. This text examines the principal elements of the Christian Creed: belief in the triune God, in Jesus Christ, in the Spirit and the Church. It does this making explicit reference to post-Enlightenment skepticism in faith and the supernatural.   Orthodoxy by G. K. Chesterton will serve as an apologetic preparation for this: how one man, himself steeped in this post-Enlightenment mentality, was came to accept the Creed. ENROLL HERE.

This 3-credit hour course explores the central figure of Biblical revelation, Jesus Christ, in the light of two complementary exegetical approaches: historical-critical method and canonical exegesis. The former focuses on the historical author and his intended meaning within his historical context. The latter focuses on reading the texts within the totality of the one Scripture, and this includes the author’s being part of a living community to which God has spoken. The primary texts are Joseph Ratzinger/Pope Benedict’s Jesus of Nazareth, Books 1 and 2. ENROLL HERE.

This 3-credit hour course responds to the questions: What is the Liturgy? How did it develop historically? What is its relation to space, time, music, art, and the body? The primary text is Joseph Cardinal Ratzinger’s The Spirit of the Liturgy, which will be supplemented by substantive magisterial documents, especially the Second Vatican Council’s Constitution on the Sacred Liturgy (Sacrosanctum Concilium), the detailed historical context of which is provided in The Organic Development of the Liturgy by Dom Alcuin Reid. ENROLL HERE. 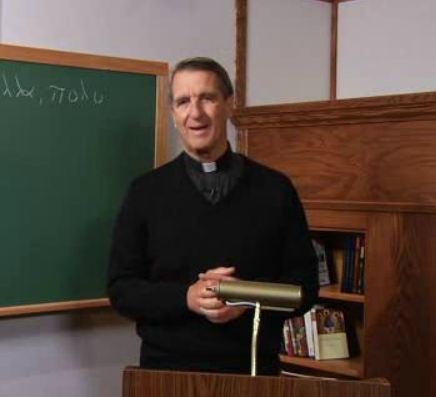 Father Fessio, born January 10, 1941 attended high school at Bellarmine College Preparatory in San Jose, CA from 1954 to 1958. Before entering the Jesuit novitiate in 1961, he completed undergraduate studies in Civil Engineering at the University of Santa Clara, California. He entered the novitiate on September 7, 1961. Before his ordination as a Roman Catholic priest, he earned a B.A (in 1966) and an M.A. (in 1967) in Philosophy from Gonzaga University in Spokane, Washington. He was ordained as a Roman Catholic priest on June 10, 1972. By that time, he had also earned an M.A in Theology from his studies in Lyons, France. In 1975, he earned his doctorate in Theology from the University of Regensburg, West Germany. His thesis director was Joseph Cardinal Ratzinger now Pope Benedict XVI. Less well known perhaps is that Fr. Fessio is a founder.

1995 – Co-Founder, Adoremus: Society for the Renewal of the Sacred Liturgy 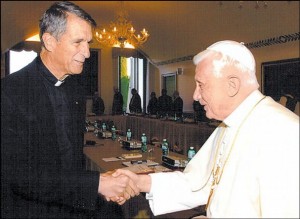 Fr. Fessio is a Catholic evangelizer. As such he became an educator and a publisher. 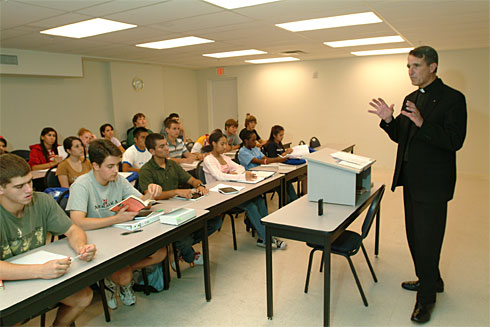